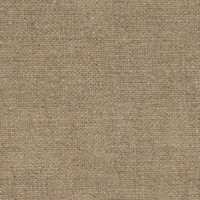 Attention-Deficit/Hyperactivity Disorder (ADHD) evaluations are commonly requested as a result of concerns over children’s ability to process, store, and retrieve information and due to hyperactive and impulsive behaviors. Children and adults with ADHD frequently have impaired interpersonal relationships and academic or work impairment. A clear diagnosis is easy to determine with state-of-the-art tests.  Further, pre-and post medication benefits are also provided.

Adoption evaluations are indicated when a child is being considered for adoption. Many factors lead a child to be involved in child protective services and eventually available for adoption. Therefore, it is important to have a comprehensive psychological evaluation of a child’s attachment, mental health functioning, and personality traits to adequately determine if they are ready for adoption and which (if any) services may be helpful in the transition toward adoption.

Children involved with child protective services require mental health evaluations in order to adequately understand their psychological difficulties and to provide information to those who are caring for them. These individuals are often foster parents or social workers who may not know the child well enough to determine the type of learning or emotional needs the child has.

Developmental evaluations are important for young children who may show some developmental limitations. They may have speech or motor difficulties which when identified early are quickly corrected.

Disability evaluations are indicated for patients whose disability affects their ability to be gainfully employed. Often, these patient’s have pre-existing mental health disorders which preclude their ability to develop appropriate work-related interpersonal relationships or emotional regulation necessary for work tasks.

Educational evaluations are requested when a child of school age is not achieving their potential. They may be experiencing difficulty processing information, retaining information, demonstrating academic skill development, or are showing emotional disturbance affecting his or her progress at school. Dr. Molina will assess the child using standardized methods of assessment including cognitive ability tests, academic achievement tests, neuropsychological tests, personality tests, and social emotional tests in order to determine the cause of any difficulty and accurately diagnose and develop a treatment plan. Poor academic performance and behavioral problems can be caused by a wide range of situations including depression, unusually high or low abilities, attention problems, differences in ability to learn, social development, undiagnosed medical conditions, or other undiagnosed mental health problems.

Dr. Molina is a forensic evaluator in the area of immigration and provides law firms and attorneys expert forensic psychological services in the areas of immigration law including extreme and exceptional hardship cases, political asylum, spousal abuse, and his citizenship waiver cases. These services are offered in Spanish and in English and services are available in other languages. In all of the immigration cases, Dr. Molina will administer standardized tests which are validated and nationally recognized in order to present valid information about the patient’s functioning to the court and legal system.

Older adult evaluations are indicated when a patient is exhibiting adjustment related stress to placement in a nursing care facility, symptoms of a chronic pain disorder, or psychological symptoms which may be related to their underlying medical disorder. Commonly, patients’ of an advanced age have difficulties with confusion or memory loss and it is important to adequately assess the cause of such difficulty and determine a treatment plan.

Our mission is to provide every patient with personalized service in a private and supportive environment while we conduct diagnostic evaluation and treatment planning. We offer timely access to appointments and caring and knowledgeable assistance.

We accept major insurance providers including: Cigna, Conventry, Humana, Medi-Cal and many more. We can obtain authorization and verify your coverage before your first visit – so there won’t be any surprises once you start your services. Call us and we will verify your coverage and review your options with you. Contact us today!